I grew up in Tucson and was always very creative and knew I wanted to start my own business without losing touch of that creative side.
My art is actually edible— I make custom cakes and cookies! Whether it be actually hand painting them with food coloring or  regular frosting work this has always been my passion! 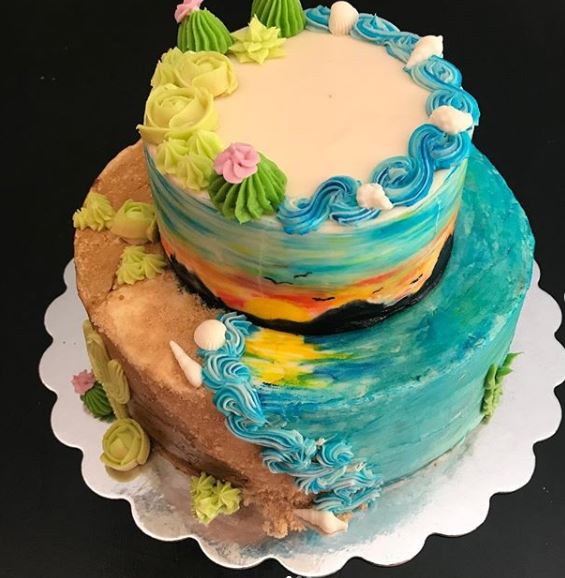 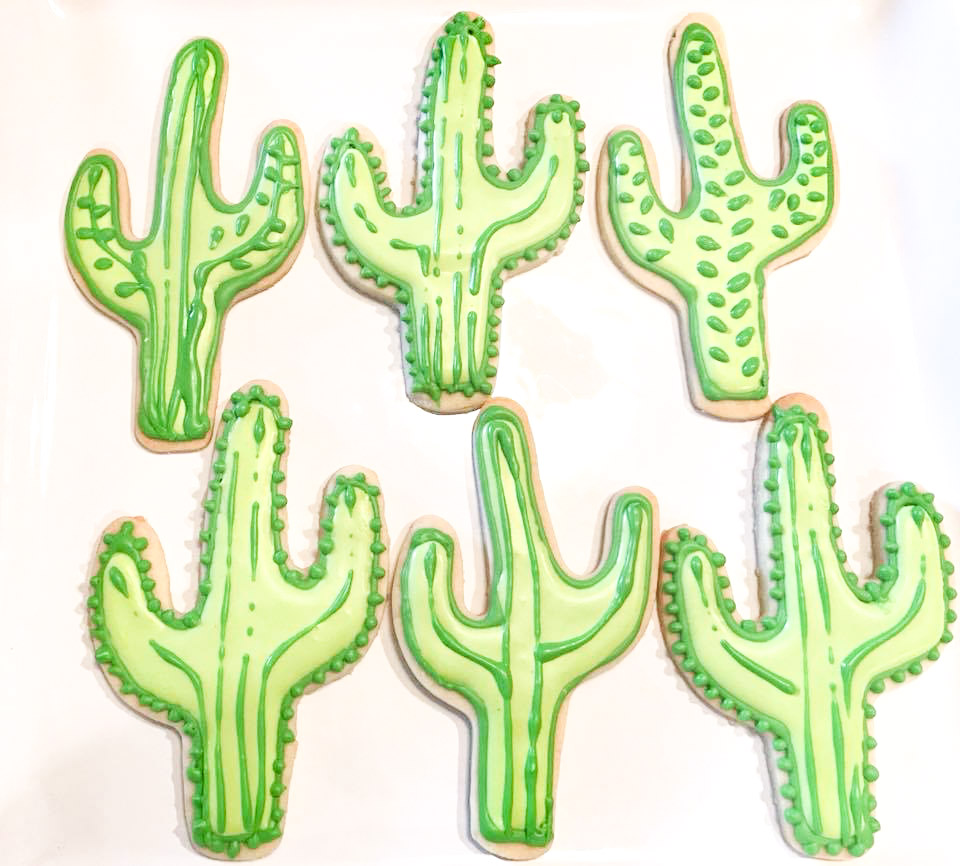 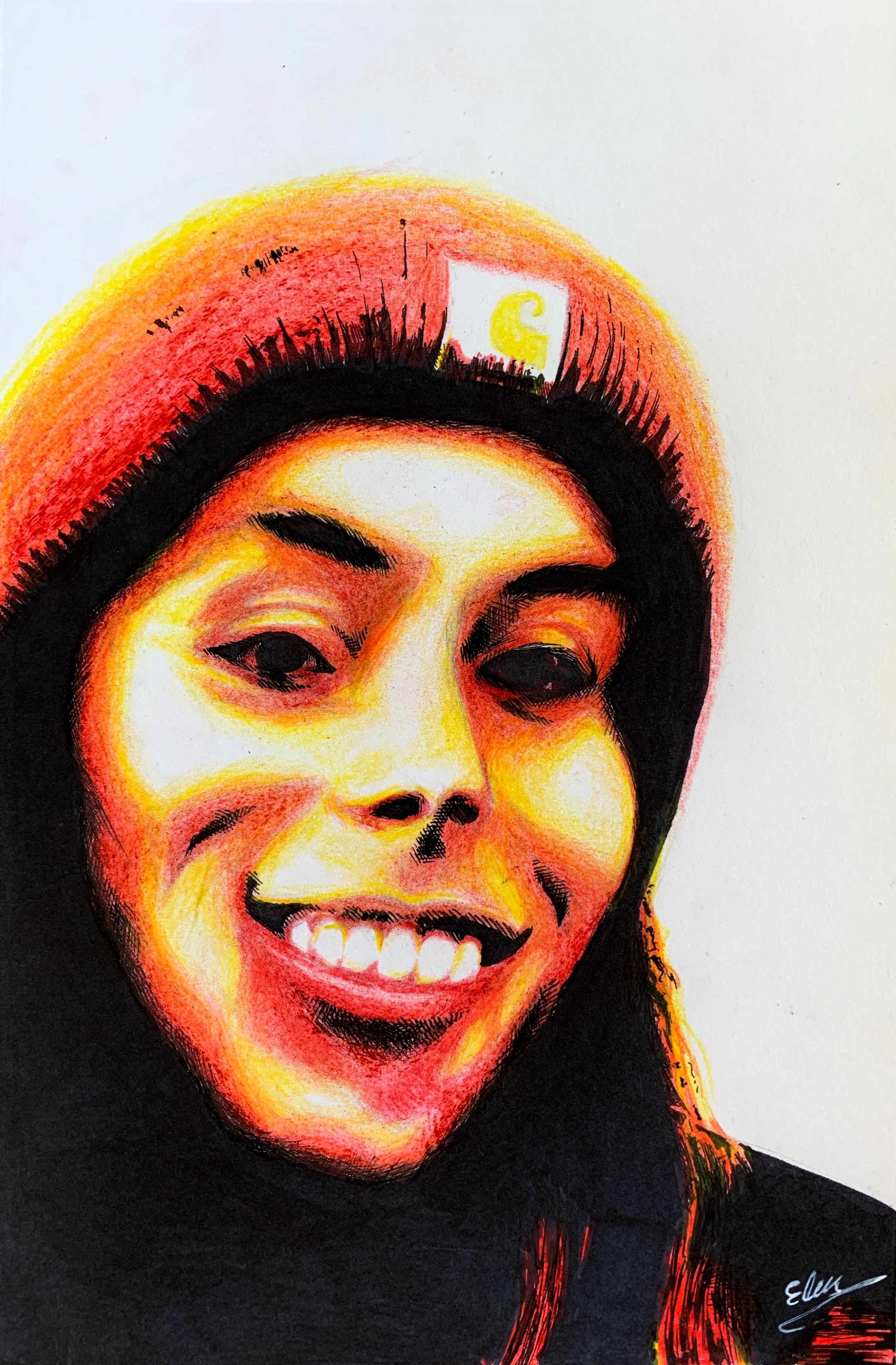 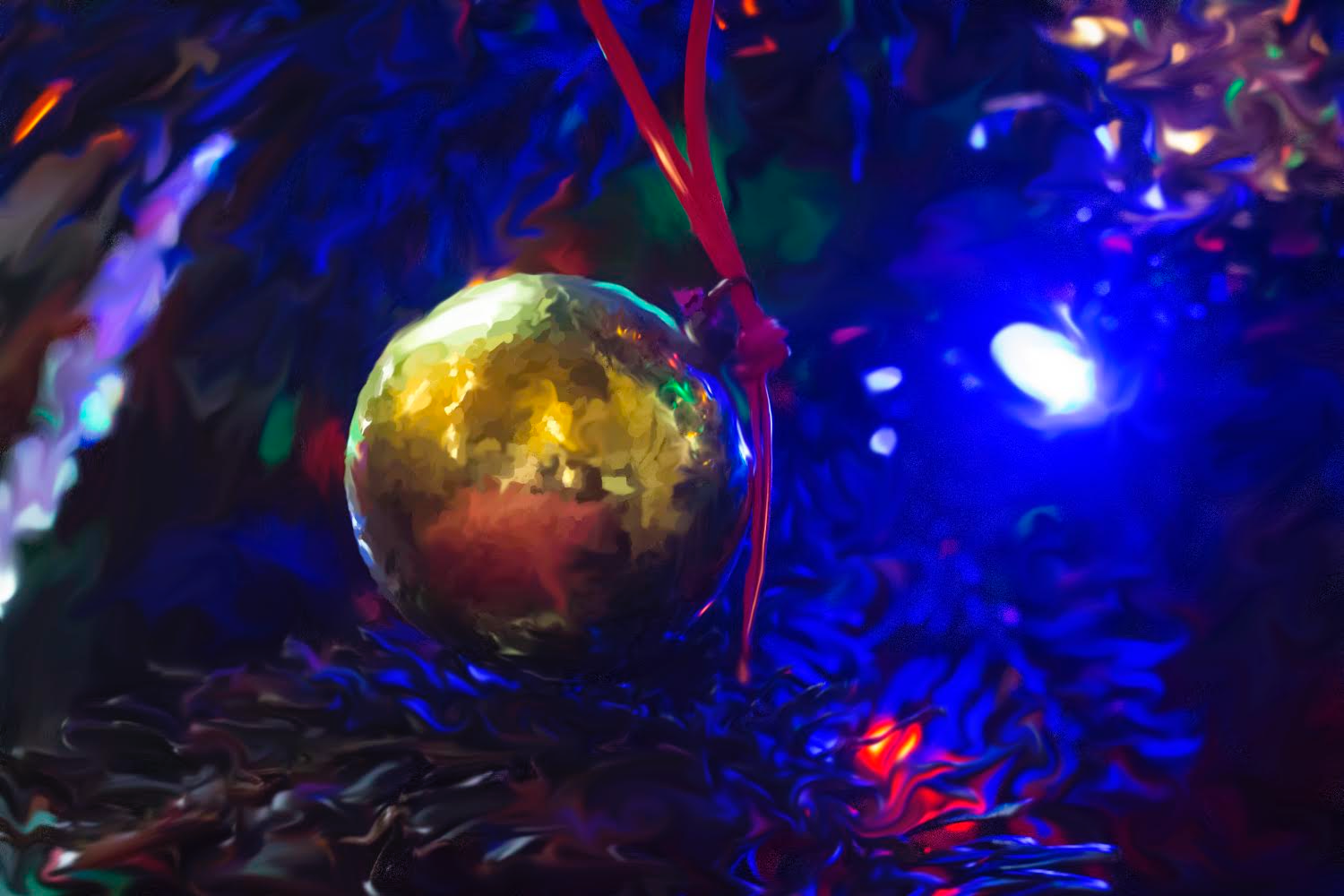 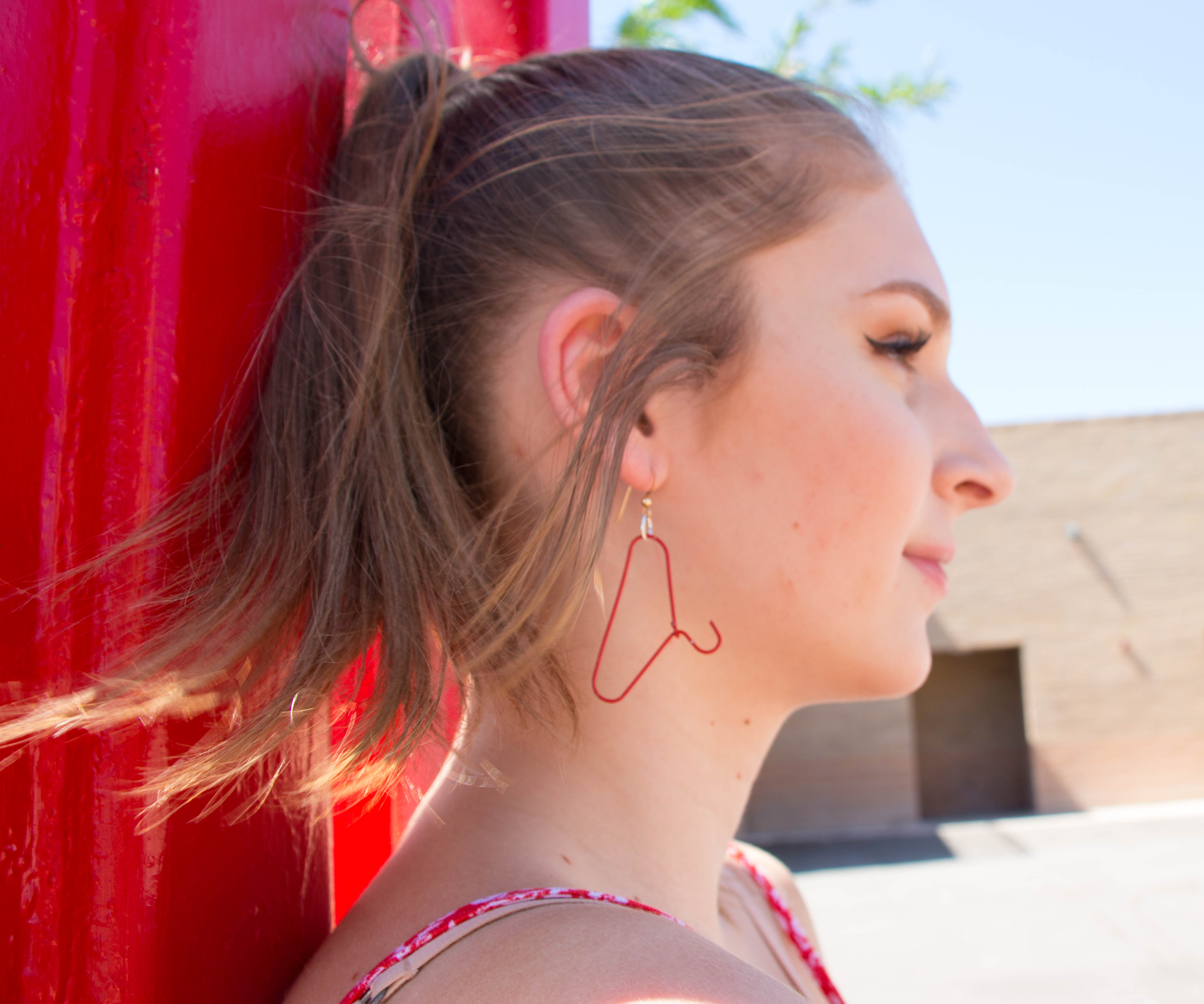 I’m driving behind a woman on the freeway with the license plate MAUINXT screwed on her red convertible. She has the top down and her hair is whipping nervously behind her, sometimes brushing over the top and sides of her head, attaching to her lipstick.
MAUINXT. Maui next.
Where has she been before?
I picture her office in her permanent address, somewhere cold like Michigan, walls filled with license plates. The one that started it all was the one driving her to New York City, the place that everyone craves visiting at least once. The bright lights, the angry people, the smelly subway: all incredibly attractive things to her the first time that she encountered them that quickly turned sour. And so she was left to move on. Then it was Sweden, and then Alaska, and then maybe Kansas to pretend like she was walking the yellow brick road.
My thoughts are entranced with her and her destinations as I watch her convertible veer off on the exit leading to San Diego, seemingly moving in slow motion.
Not Maui, maybe.
Not yet.

I love using things that I see as little stories and this is one of them! To me this piece is the definition of not caring and exploring life and self. It’s what I aspire to be when I’m older! 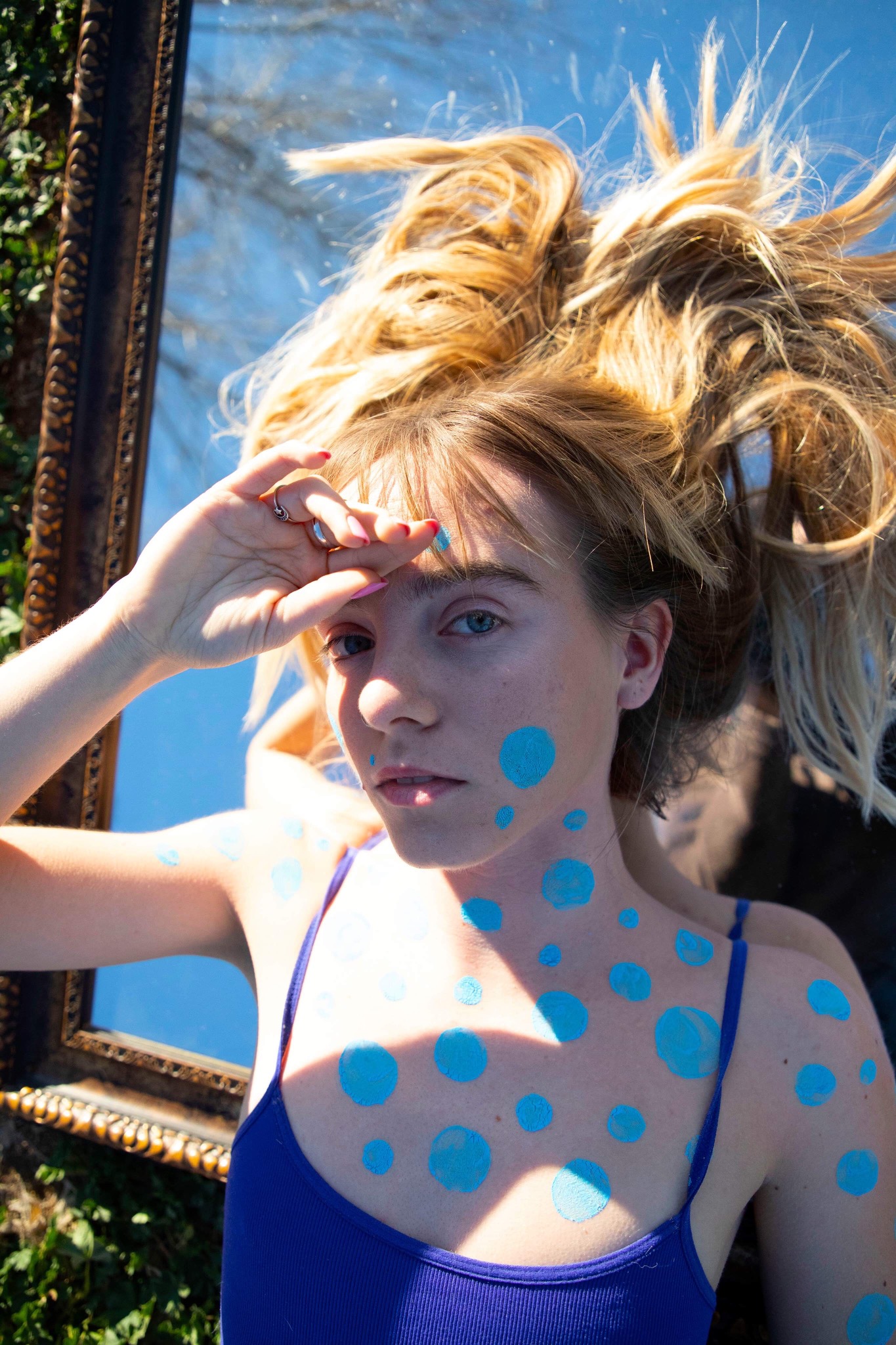 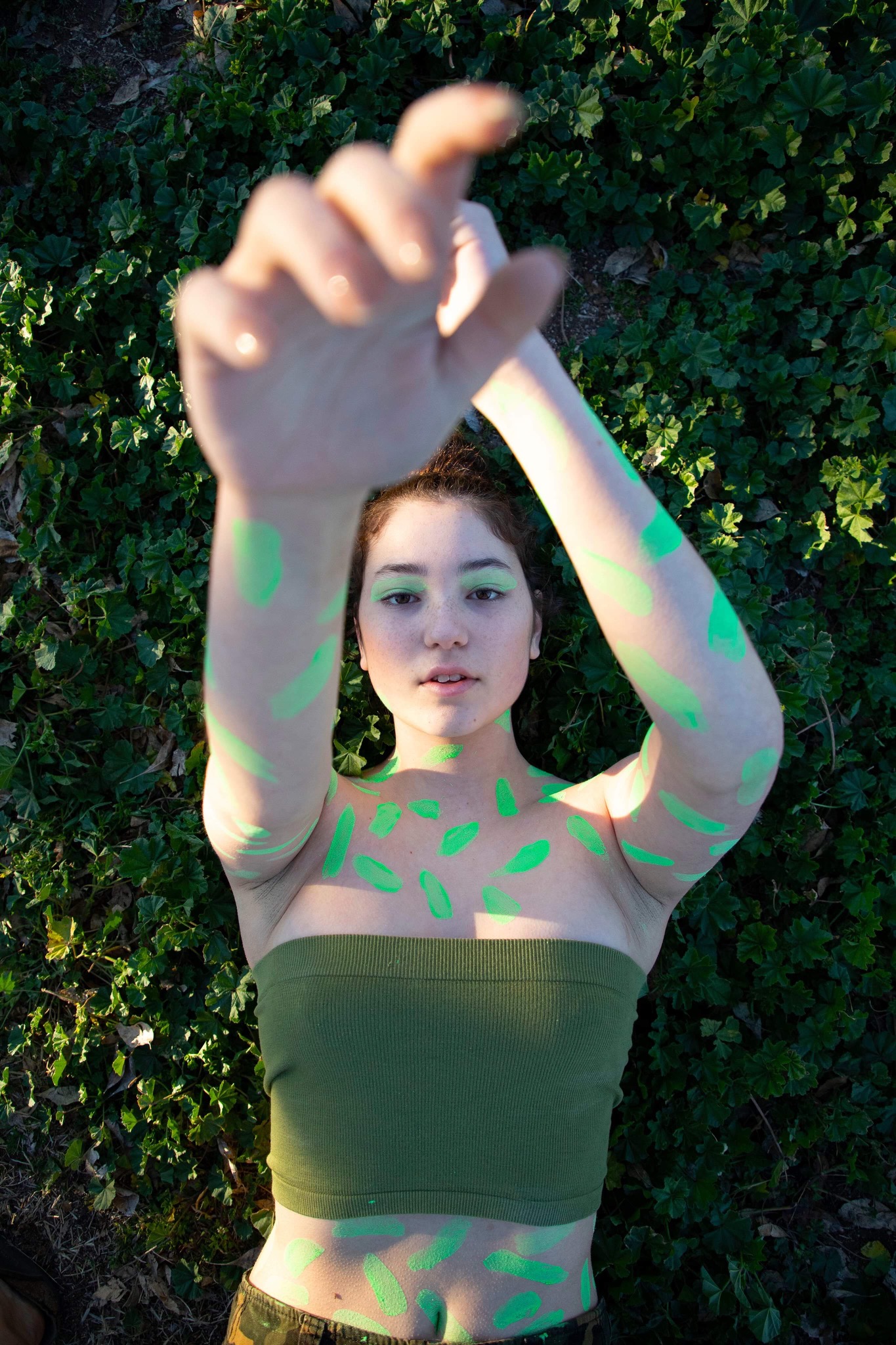 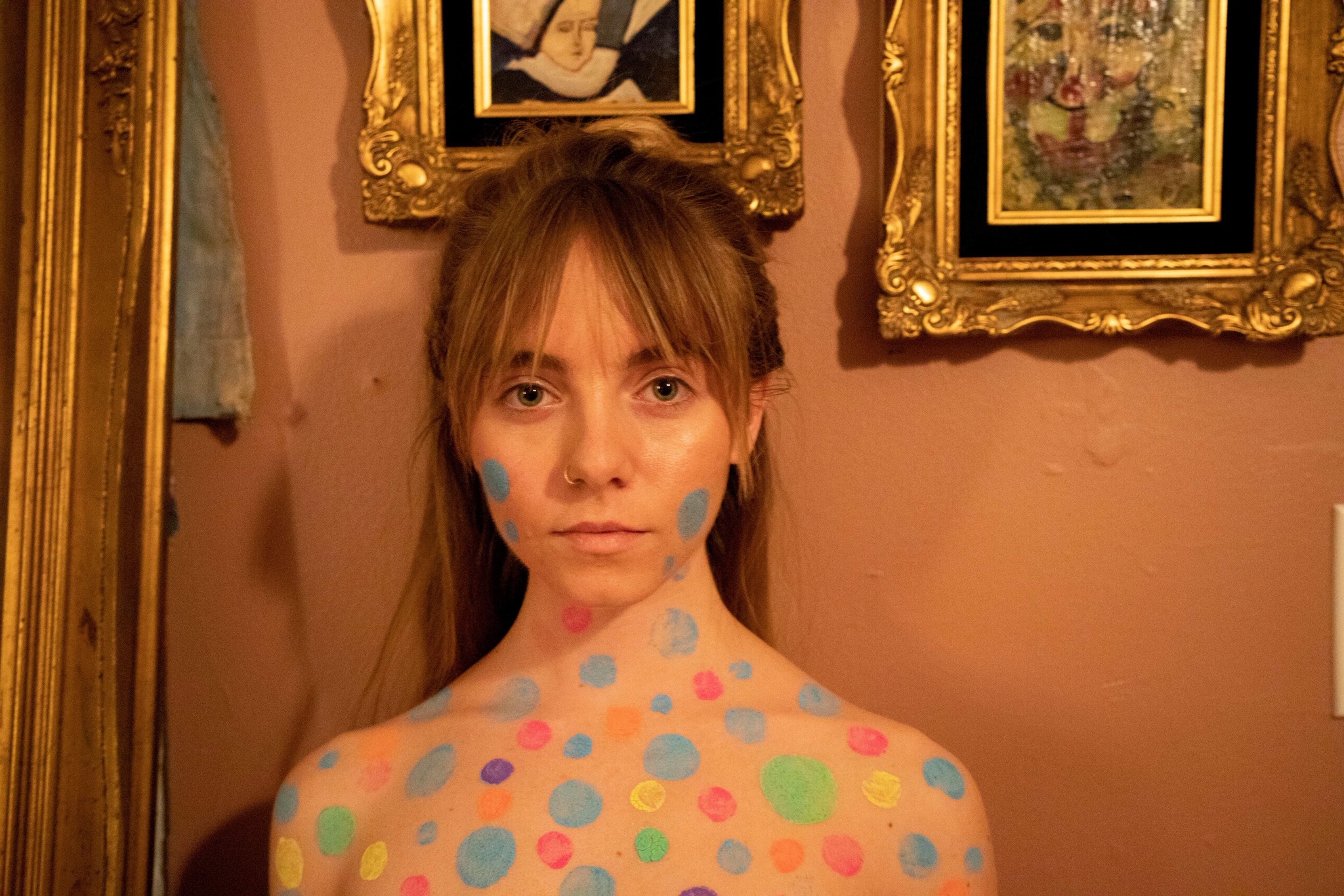 I do all different types of art but am mainly focused on photography both digital and film and oil painting at the moment.
These first photos I’m submitting are digital photos and I’m just playing around with how you can use color to your advantage in photographs. I used body paint, clothing, and location make certain effects with color.

This poem was written late at night when no one was awake anymore and I felt like I was left alone in a world full of hate. It was inspired by the yearning to be hold and the loneliness eating me alive. I wrote it to express what I would not dare to say and to make people think about what might be behind these few lines, what it could be that I thought of this very night and if they thought the same.

I created the robot destroying the city after reading an article on how people are going to have to merge physically with technology in hopes that it will not surpassing us. I drew the latter to see what it would be like and I still think it is the better option. The other [one is an angel]. I am not religious personally but I often have dreams about angels and I do believe in them in a way.

I just turned the mere age of six, not so smart
I noticed you were gone and I, left in the dark,
wept. You left for cake, for I hate licorice.
You came back, saving the day, you read
the truth, always my father even if not. I said
I love you Dave, and you said listen,

You tell me how proud you are, that I must listen
to the truth and grow from the past, for I am a smart
girl. I look up to you and I always said
I love you Dave, you took me out of the dark.
With you I can always dream of infinity and read
about my second chance. Sweet like licorice

I always loved the aesthetic but loathed the taste of licorice.
Only the finest foreign candy for you. I listen
to what you say even when you cannot read
You need new glasses, that says Cracker Barrel, you smart
Not Chicken Banquet, you can’t read in the dark!
Our family laughs enough to where I said

You’re ridiculous. I now understand comedy, I said.
You still asked me to try the black licorice,
still I refused. Even while cruising around Portland in the dark
you dont believe its a map! It’s only a screen, I listen.
You yank off the glasses and squint, holding the smart
phone close to your vision. It isn’t a map that you read.

Later in years I glance at foreign signs trying to read
obscure directions, unable to understand. Where’s Dad? I said,
worried Mom and I ran thinking you were lost, not very smart.
We searched the Qatar airport, looking at licorice stands,
and finally I had to break away to the gate. I listen
to hear the plane leave and there you are, not in the dark.

The days grow longer, I’m an adult lost in the dark.
I’m not sure what to do, I look up symptoms and read
about the diagnosis. Two hours to the north I listen
to doctors about chemotherapy and I said
tú eres mi favorito, Dad. You offer me licorice
And I accept, for I now understand that you’re so smart.

I will not leave you in the dark, you saved me I said
And I will read lengthy nonfiction to you, buy licorice,
and listen. For your words influence mine, an ass and smart.

You’re My Favorite is a sestina written for my adoptive father to help him get through his chemotherapy treatment in Phoenix. At first this was difficult to write due to the fear of saying goodbye, but by the end of the poem I realized that nothing can take away my love for him and that he will always be close to my heart.