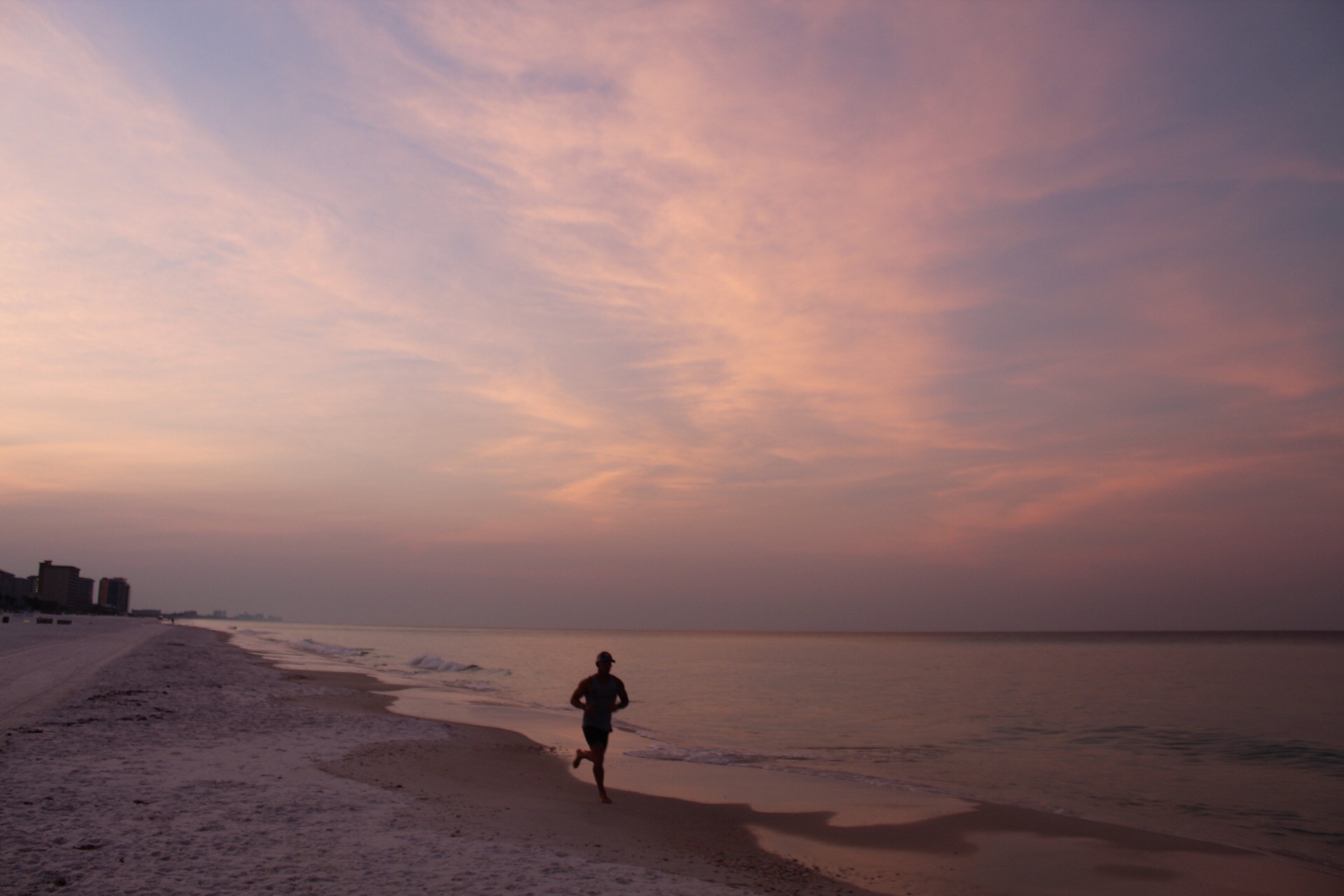 I knew before leaving Florida this summer that i needed to get a picture of the sunset, these are only a few of the many 5 am sunsets on the Gulf of Mexico. 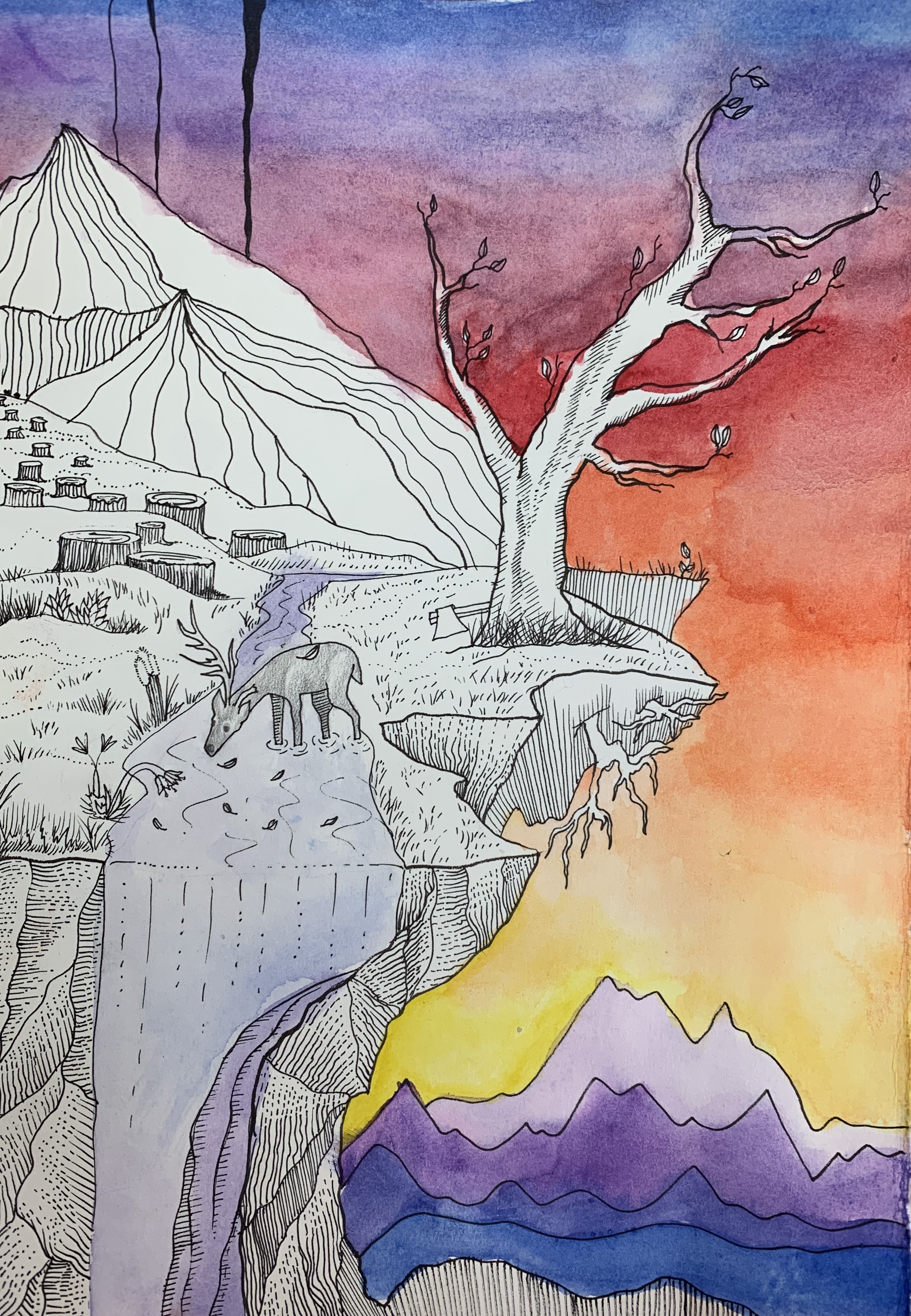 Her entire body was on fire. Her muscles screamed with pain and her breathing was shallow. Abby took a drink of water and put her hands on her knees. She was hunched over, staring at the ground in a poor attempt to stop her head from spinning. She often asked herself why she ran at all.
Slowly, she lifted her head and took in her surroundings. The scenery never ceased to amaze her. Abby’s favorite place to run was a nature preserve on the west side of town. Locals referred to the preserve as “The Hill.” The entire trail was three miles long: one and a half miles up, one and a half miles down. Masses of people in athletic clothing could be seen on The Hill for miles on any given evening. It was easy to see why. The path was surrounded by cacti, creosote bushes, rock formations, and various desert animals. The wildlife proved to be an excellent distraction from aching muscles. The one and a half mile trip to the top was steep and arduous, but oddly satisfying. As she scanned the area, Abby smiled to herself. This was why she ran.

From her view on the crest of The Hill, Abby could see the entire city. The freeway was lined with the glittering lights of cars. Downtown was especially illuminated; the skyscrapers appeared less severe from a distance. Even the airport seemed minuscule from where she stood. As the sun sank lower into the sky, her town parted with the rosy hue of the sunset and welcomed the navy oblivion of night. There was a light breeze and the leaves of the creosote rustled, causing the air to smell like rain. The saguaros–though they were stationary–resembled dancers, their arms twisting beneath the moon. Abby closed her eyes and mentally captured the image. She perched atop a small boulder, ignoring the pain in her calves and gazing at the stars. Andromeda, Pegasus, Sagittarius, and Ursa Minor were visible, among other groups of stars she couldn’t name. The constellations brought back memories of her runs with Gray. Gray Davenport had been Abby’s closest friend for as long as she could remember. He appreciated her love of running and nature and didn’t mind her frequent ramblings. There was an old observatory located at the peak of The Hill, where Abby and Gray would go to wind down after the difficult run up. The observatory, once white, was now a dusty, sun-bleached beige, its ladder rusted. The pair would scramble up the ancient rungs and look at the sky; Gray pointing out the name of each constellation, Abby attentively listening and absorbing the information. She could almost remember how his crooked smile and intelligent blue eyes looked in the moonlight. On special nights, they’d see a single celestial body streak across the sky.

“C’mon Abby, you know it’s just the visible path of a meteoroid entering the atmosphere,” he grinned, “but feel free to make a wish.”

Abby wished for the soreness in her muscles to disappear. She wished she had more water. She wanted to wish away this feeling of nostalgia. But most of all, she wished Gray were with her. He’d moved away a year ago today. 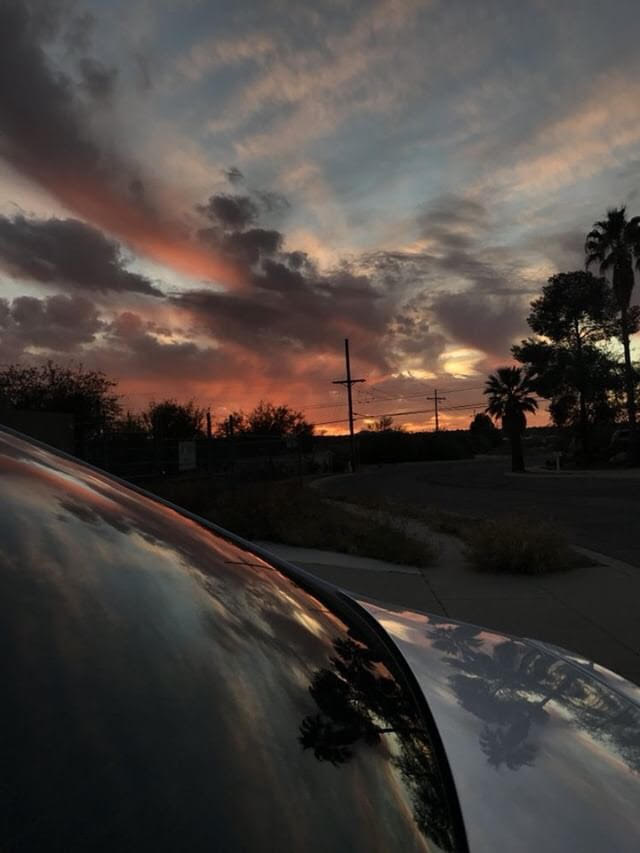 capturing the little beauties of life is what keeps me grounded. this is just one reminder that the world and life aren’t always so dark.

Critique
Writing is inherently narcissistic
I’m begging for your attention
Like a drunk street performer
Or a three-year-old
But it’s dignified under the guise of art
No need to despise this wise guy
I’m a fool too, a jester
I might have lost you by now,
And kudos to you on that

For those still here, let’s see what else I can do
The flutter of a butterfly’s wings missed ever so slightly by a delayed camera shutter
Another flustered muttered phrase expressing regret and disappointment
“I just can’t catch it!”
Ether defeats the purpose
Therefore purpose defeats the ether
All I want is an ethereal image to claim as my own
A still shot of an insect going about its routine
I tempt fate
I want to capture and instant and prolong it indefinitely
That’s all I’ve ever wanted

Another check in for the more attentive
Maybe some congratulations will throw you off the scent
So here’s my two cents, I hope it makes sense
Bravo!
Hurrah!
The sarcasm is palpable and my double triple quadruple negatives of meaning and intent leave me too wondering where I started and where I’m going
This is exhibitionist self-gratification
And you’re still here, gulping it down
Skeptically, I hope

Okay, now that only the truly faithful are left
I’ll tell you a secret
That was all a cover
I’m afraid to say I’m proud of my work
I wrote this all quickly but I’ve relished every moment and I think it’s actually worth reading
I like myself more as a result
It’s such a toxic piece of writing
I want you to read this and think
“How clever!”
Or to begrudgingly enjoy what you see
I’m terrified of mockery
And of pity
So I’ve left this big hard shell to protect the crab meat within
I think it’s a delicacy, crab meat
I wouldn’t know, but one can speculate
Now I need to do a little more covering in case anyone just skipped to the end
But you’ll know what it really means

Scattered tattered remains of the battered population
Flattered by our own voice
Flattened by reality
Flatulent in the face of God
Tell me that’s not funny
I knew bathroom humor could still get you
No one is safe
Anyways, I want to say none of us are grown up
I’m still wetting the metaphorical bed
And now my critical voice is in your head
Misguided and irreversibly misled

What did the French author name his final book about fish?

I like stream-of-consciousness pieces, so I wanted to make one of my own. I really do hope you enjoy reading this, it was a lot of fun to write.

Listen to the worms 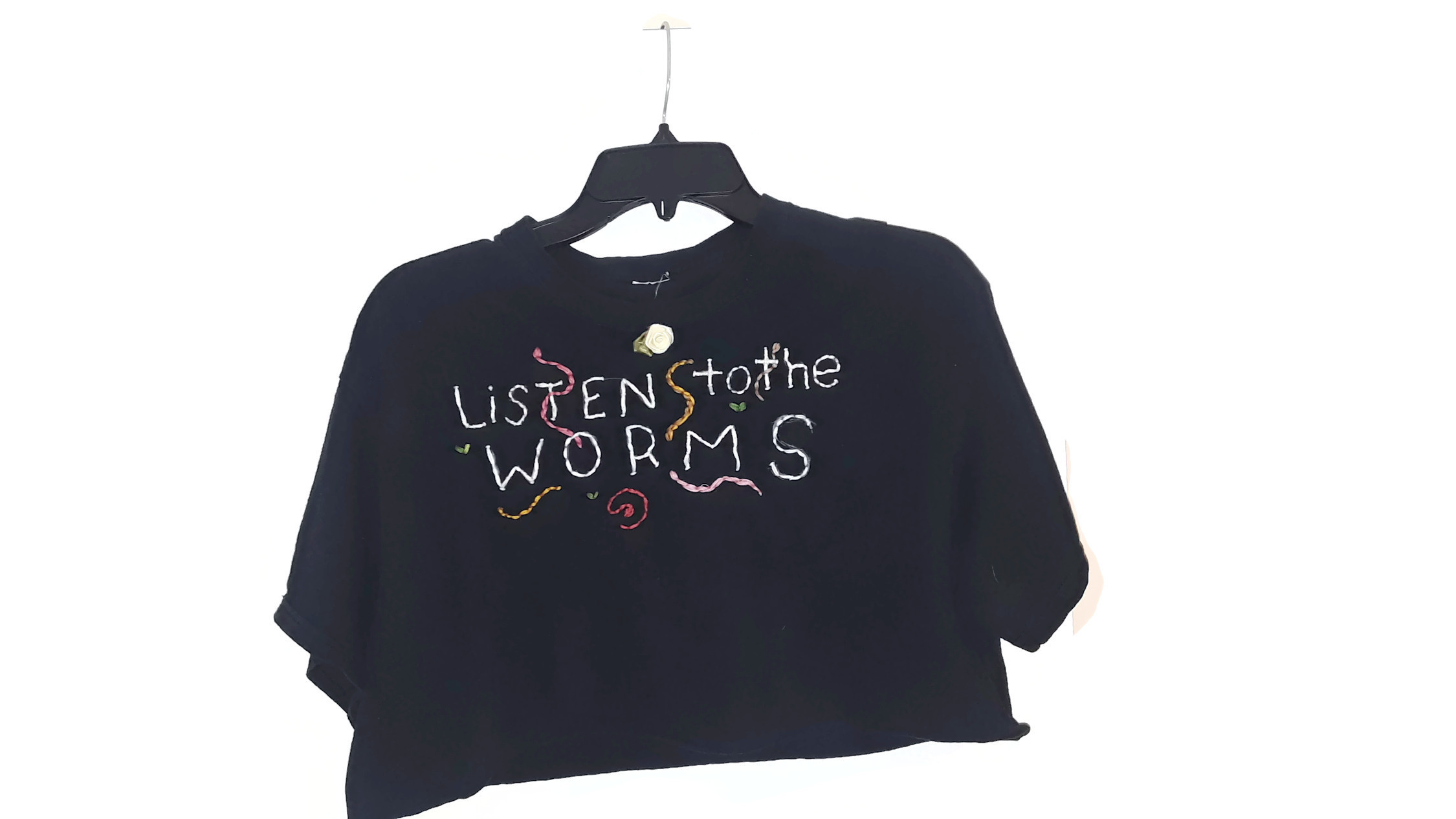 This piece was made on a random spur of the moment thought, as most of my art is, and i went with it and its weirdness.

I love this shirt especially because, one, it’s my first full finished embroidery piece, and two, the obscurity and strangeness of the quote will always be my favorite.

To me this quote is about being weird and listening to yourself and giving into your unconventional interests, because without being a little weird, i think a person can be very boring.